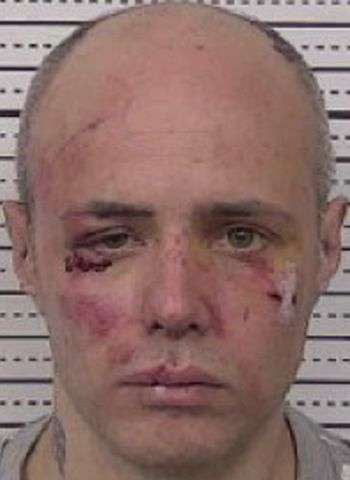 According to reports out of Tennessee, Taylor is charged in connection to a shooting that occurred last Friday night (November 26) on Dave Buck Road between Johnson City and Elizabethton. The shooting sent one person to the hospital.

The Carter County Sheriff’s Office says that witnesses told police that Taylor allegedly started a fight and shot at two people at a residence on Dave Buck Road at approxmiately 11:15 p.m. last Friday. Carter County Sheriff Dexter Lunceford said one of those victims sustained multiple gunshot wounds from a pistol and was transported to a hospital.

The victim taken to the hospital was reported to be in satisfactory condition as of Tuesday, and Sheriff Lunceford said the uninjured victim was Taylor’s ex-wife. The injured party is reported to be her current boyfriend. When investigators arrived, Taylor had already fled the scene.

He was arrested Tuesday night shortly after 8:00 at an address on Sanders Place in Lenoir. After being brought to the hospital for treatment, Taylor was placed in the Caldwell County Detention Center under no bond. A District Court appearance was scheduled today (December 1) in Lenoir. Taylor is facing extradition back to Carter County.

39-year-old Peng Vang of Hickory, was given an active prison term of six to eight…