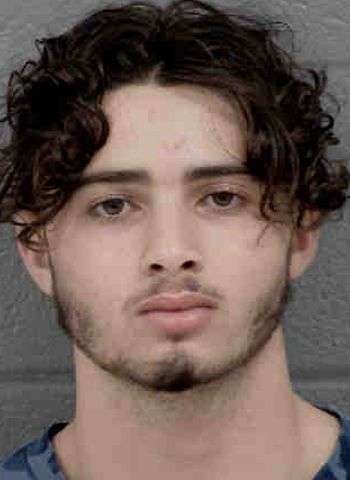 18-year-old Abdel Karim Lagueb of Denver, N.C. was arrested Tuesday (December 28) on charges filed in Mecklenburg County. He’s also a suspect in the robbery at a Lincoln County convenience store. Lagueb faces a count of common law robbery in that case.

Deputies were dispatched to the Seven-Eleven Store on Atwater Lane in Denver at approximately 3:00 a.m. Tuesday in reference to an armed robbery. The clerks on duty told officers a man entered the store wearing all black clothing and brandishing a gun.

The white male demanded money from the cash register and instructed the clerk to put it in a grocery bag. The man left the store, ran across a parking lot, and fled in a vehicle described as a silver passenger car.

Officers arrested Abdel Karim Lagueb on three outstanding warrants for robbery with a dangerous weapon at convenience stores in Charlotte. He was placed in the Mecklenburg County Detention Center under a $75,000 secured bond. During the CMPD interview with Lagueb, he reportedly confessed to the robbery at the Seven-Eleven in Denver. Lagueb will be charged with common law robbery in the Lincoln County incident.