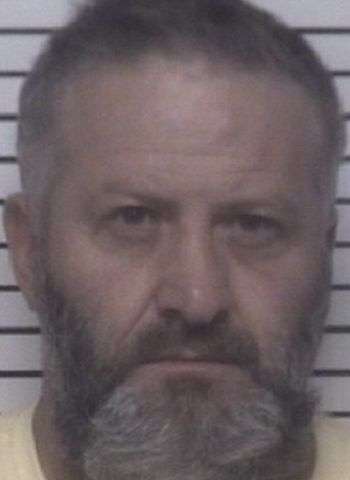 50-year-old Mark Wayne Baucom of South Haven Drive in Mooresville was arrested Monday (November 8) by Iredell County Sheriff’s Officers. He’s charged with two felony counts of assault with a deadly weapon with intent to kill and one felony count of discharging a weapon into a moving vehicle.

On Monday, the Iredell County Sheriff’s Office received information about a shooting in the area of Exit 31 South on Interstate 77. Police were told that a victim had been shot in the face. An investigator arrived at the scene and found the victim sitting in his vehicle with a gunshot wound to the face. There was also a juvenile in the vehicle who was not injured. The victim was stabilized by Iredell County EMS, then transported to a trauma center in Charlotte for additional medical treatment.

After interviewing numerous witnesses, and processing the victim’s vehicle, investigators obtained felony warrants against Baucom. No motive was given for the shooting. Baucom was jailed in the Iredell County Detention Center under $250,000 secured bond. He remained in jail as of earlier today (November 10). A District Court appearance is scheduled for November 30. The case remains under investigation and additional charges may be filed.

New Beginnings Hickory will be hosting a community-wide open house this Saturday, September 18, from…