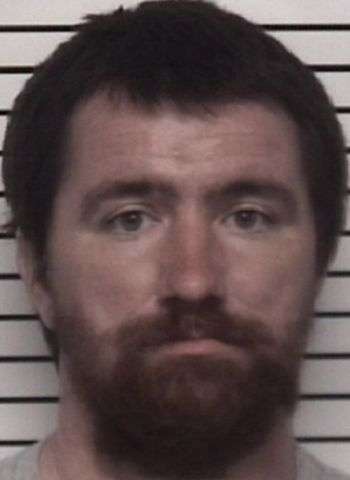 30-year-old Andrew Linn Vanwert of Statesville Highway in Mooresville was arrested Friday (January 22) by Iredell County Sheriff’s Officers. He’s charged with felony counts of secret peeping and possession of a stolen firearm along with misdemeanor counts of possession of marijuana and possession of drug paraphernalia.

On January 13, 2021 a report was filed with the Iredell County Sheriff’s Office in reference to a camera being located in the bathroom of the suspect’s residence.
The investigation was assigned to the Iredell County Sheriff’s Office Special Victim’s Unit. After meeting with the reporting individual, a search warrant was obtained for the device, and investigators reviewed the contents of the SD card.

Based on the contents of the recording device, a search warrant was obtained for Andrew Linn Vanwert’s residence. On Friday, detectives, and uniformed deputies with the Special Victim’s Unit executed a search warrant at the residence and collected evidence.

Based on all of the evidence gathered through this investigation, an arrest warrant was obtaned for Vanwert for the secret peeping charge. The firearm and drug charges stemmed from those items reportedly being found during the search of the residence.

Vanwert’s bond was set at $10,000 secured. He is not currently listed as an inmate in Iredell County. A District Court appearance is scheduled for February 8. The investigation is ongoing and additional charges may be sought.

38-year-old Naome Patrice Carpenter of U.S. 64 in Morganton was arrested Sunday (January 10) by…