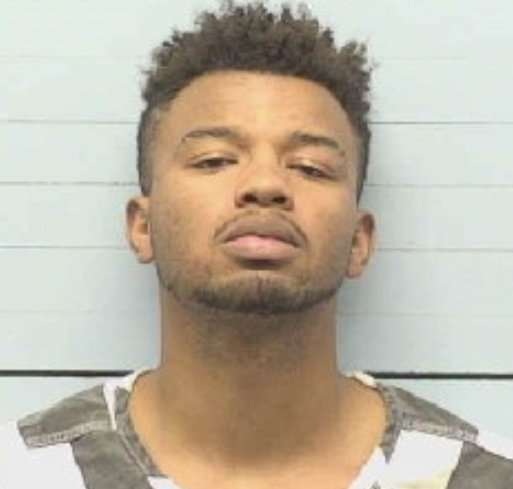 Friday at 6:52 p.m., the Burke County Emergency Communications Center received a 911 call for shots fired in the area of Hogan Street and Valdese Avenue. Morganton Public Safety Officers arrived to find a vehicle had struck a utility pole and a 21-year-old man was bleeding on the ground in front of 317 Valdese Avenue.  Police reports say Mykel Bennett was located standing near the 21-year-old male victim holding a small caliber rifle.

The Morganton Public Safety Criminal Investigations Division was contacted and began an investigation. They learned that the two men had reportedly been involved in a drug transaction during which weapons were shown. A struggle occurred while Bennett was driving.

The vehicle veered off the road striking a utility pole.  The struggle continued as both individuals exited the vehicle.  After the struggle, the suspect allegedly discharged his rifle striking the victim twice in the leg.

The victim was taken to CHS Morganton, treated and later released. Bennett was placed in the Burke County Jail under a $50,000 secured bond.  He is not currently listed as an inmate. A District Court date is  scheduled Monday (November 23).