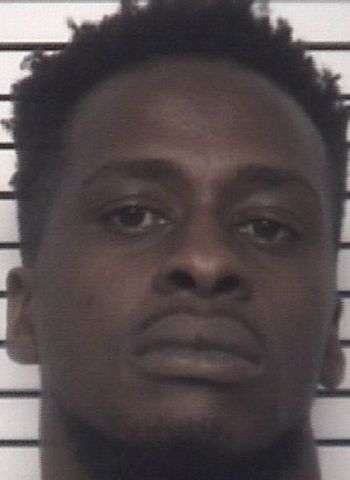 On Monday (December 5) officers with the Troutman Police Department responded to a reported armed robbery at the Stop and Save convenience store on Julian Place. Upon arriving, officers were told by the employee on duty that a subject entered the store, took a gas can, and then walked out the door. When the employee walked outside and told the suspect he had to pay for the item the suspect reached into his waistband and told the employee “you don’t want any of this”, implying that he had a concealed firearm.

The suspect then fled the scene in a gray Lexus sedan. Officers were able to use security camera footage and other investigative tools to identify the suspect as Ibrahim Jalloh. A warrant for his arrest for robbery with a dangerous weapon was obtained. Jalloh also had ten outstanding warrants for various felony larceny offenses, carrying a concealed weapon, and possession of a firearm by a convicted felon.

On Wednesday, Deputies with the Iredell County Sheriff’s Office found Jalloh in the Mooresville area and took him into custody. He was placed in the Iredell County Detention Center where he remained as of earlier today (December 8) under $428,500 secured bond. District Court dates were scheduled for today and January 23.