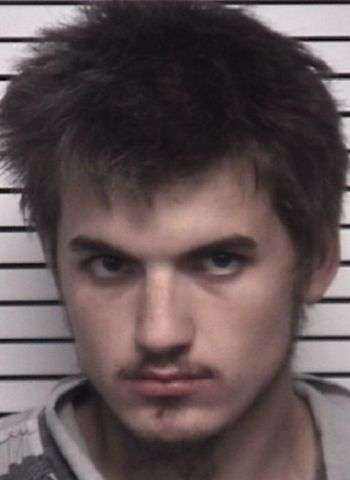 19-year-old Anthony James Sadler of Cambridge Place in Statesville was arrested by Iredell County Sheriff’s Officers. He’s charged with felony counts of flee to elude arrest with a motor vehicle and possession of a stolen motor vehicle. Sadler is also charged with reckless driving, speeding, registration plate not displayed, no operators license, driving left of center, failure to stop for a steady red light, failure to stop for a stop sign, and unsafe movement.

According to information released Wednesday (November 3), on October 25, 2022, A deputy attempted to conduct a traffic stop on a vehicle on West Front Street at North Oakland Avenue for a registration violation. The driver reportedly failed to stop, a pursuit began and was later terminated.

An officer circulated the area for the vehicle and found it in the dead end of Waverly Place. The vehicle crashed into a guard rail, and the driver fled the vehicle on foot. Deputies got a description of the driver, responded to the area, and established a perimeter. A K-9 officer assisted in the search and the driver, Anthony James Sadler, was arrested.

It was learned that the vehicle had been reported stolen from Rowan County. Sadler also had a warrant for his arrest for felony possession of a stolen motor vehicle in connection to the theft of another vehicle in Rowan County. Sadler was placed in the Iredell County Detention Center under $45,000 secured bond. He remained in jail as of earlier today (November 3). A District Court date is scheduled for November 9.