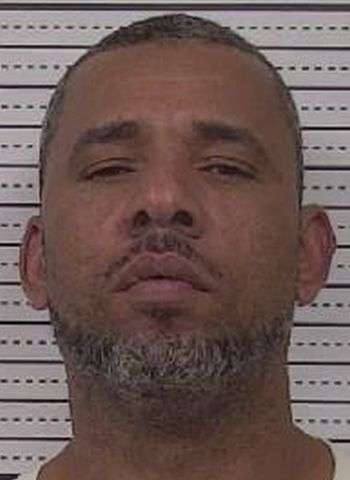 46-year-old James Eugene Moore, Jr. of Beach Place in Lenoir was arrested by Caldwell County Sheriff’s Officers this morning (May 18) on felony counts of trafficking in cocaine by possession, trafficking in opioids by possession, and maintaining a dwelling to keep or store a controlled substance.

Moore was arrested when Officers with the Sheriff’s S.W.A.T. and I.C.E. units executed a drug search warrant at an address on Beach Place N.W. in Lenoir. Agents found 46 grams of cocaine and 22 grams of Fentanyl (approximately 200 pills). The cocaine has an estimated street value of $9,200 and the Fentanyl has a street value of $6,000.

Moore was taken into custody without incident. He is being held in the Caldwell County Detention Center under a $200,000 secured bond. A first appearance in District Court is coming up tomorrow in Lenoir. If convicted, Moore faces mandatory prison time.