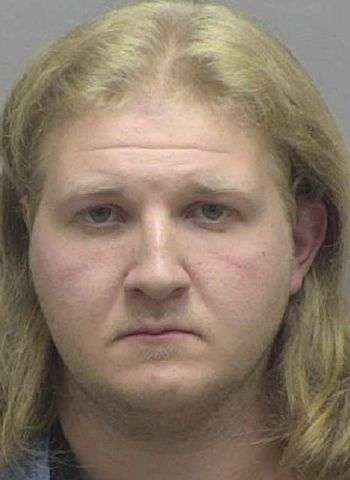 On Monday deputies were dispatched to a possible disturbance between a man and woman near Will’s Food Store on Gastonia Highway. When deputies arrived on the scene they spoke to the victim who said she stopped at the business to put gas in her car and was approached by someone she knew.

She told officers as she walked toward the entrance to the store, the suspect, Mosteller, came around the corner of the store, grabbed her and forced her into his truck at knife point. The victim said she was thrown in the truck and the suspect would not let her out. The woman was eventually able to get out of the truck and run into the store when Mosteller walked around to get into the driver’s seat.

While in the store she paid for gasoline and returned to her vehicle to find the suspect pumping her gas. She entered the vehicle and locked the doors. The suspect then reportedly tried to use a knife to cut the tires as she drove away. He tried to follow her but the woman eluded him. The victim sustained minor injuries during the incident.

Mosteller was taken into custody and placed in the Harven A. Crouse Detention Center under an $18,000 secured bond. He remained in jail as of earlier today (January 27) A District Court appearance is scheduled for February 16.