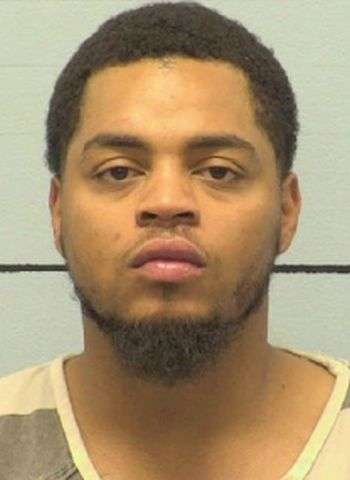 On Sunday, shortly after 7 p.m., the Burke County 911 Communications Center received a call regarding a shooting that had just occurred on Ridge Court in Morganton. Deputies from the Burke County Sheriff’s Office, law enforcement from nearby agencies, and emergency medical services responded to the scene.

Upon arrival, the victim, suffering from a single gunshot, was being transported in a personal vehicle for treatment. They met responding EMS personnel on Ridgecreek Drive. The victim was eventually airlifted to a trauma center. Both Burke County Criminal and Narcotics investigators responded.

The investigation resulted in the identification of Rodney Shaquan Thompson as the suspect and it was learned that he had fled the scene on foot. Shortly after 8 p.m. Thompson turned himself in to law enforcement near the scene and was taken into custody without incident.

Thompson was placed in the Burke County Jail under a $50,000 secured bond. He was not listed as an inmate as of this afternoon (October 3). A District Court date was scheduled today. The investigation is still ongoing at this time. The victim was last reported to be in stable condition.