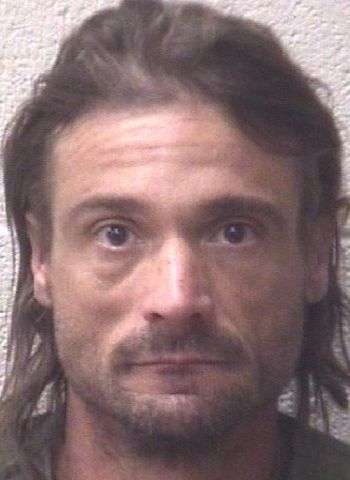 According to reports, Pennell was the subject of a manhunt Friday morning (September 16) in Alexander County. The suspect was able to elude officers after he was spotted passing on a double yellow-line. According to online records, Pennell has a long list of previous arrests and convictions.

He ran on foot into a wooded area near Mountain Ridge Church Road and was thought to be armed. Alexander County Sheriff Chris Bowman says Pennell was arrested at approximately 8:30 a.m. Sunday not far from where he was last spotted Friday.

Pennell’s previous conviction dates range from 2003 to 2011. He was convicted on charges including possession of a firearm by a felon, possession of stolen goods, larceny, and possession of schedule VI controlled substance.

Following Sunday’s arrest, Pennell was jailed in the Alexander County Detention Center under a total bond of $156,200 secured. He was scheduled to appear in District Court in Taylorsville today (September 19).