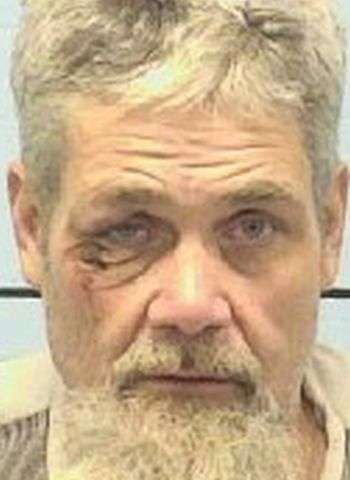 51-year-old Michael Darren Mehaffey of Witherspoon Drive in Claremont was arrested Monday (September 28) by Burke County Sheriff’s Officers. He’s charged with felony counts of flee to elude arrest with a motor vehicle, assault with a deadly weapon on a government official, possession of a firearm by a felon, larceny of property, and possession of stolen goods. Mehaffey is also charged with reckless driving to endanger. Mehaffey also faces felony & misdemeanor charges in Catawba County.

On Monday, shortly before 10 p.m. a Burke County Deputy spotted a white truck pulling a trailer near Hildebran Mountain Avenue. The vehicle matched the description of a truck pulling a stolen trailer. The deputy initiated a traffic stop, at which time the individual reportedly fled and the deputy pursued with his blue lights and siren.

The vehicle turned left on to Hwy 18 South and reached speeds of over 100 mph. The individual traveled into Catawba County and reportedly fired three shots at the pursuing deputy, missing both the officer and the vehicle. The chase continued into Cleveland County and back to the Catawba/Lincoln County line.

The suspect allegedly fired another round at the deputy before he wrecked near the 9400 block on Hwy 10 west in Catawba County. The man jumped and ran behind some homes. Catawba and Cleveland County deputies along with the North Carolina State Highway Patrol conducted a search for the suspect.

He was found in some brush and reportedly had a 38-caliber revolver in his possession along with narcotics. The suspect, identified as Michael Darren Mehaffey, was arrested shortly before 11 p.m. In addition to the Burke County charges, the suspect is charged with a string of offenses in Catawba County, including meth, marijuana, and weapon counts.

Mehaffey was taken for medical examination after injuring himself while fleeing on foot. The truck and trailer were towed and secured. Mehaffey was later placed in jail in Morganton where he was being held as of earlier today (September 29) under $220,000 secured bond. A District Court appearance was scheduled today.