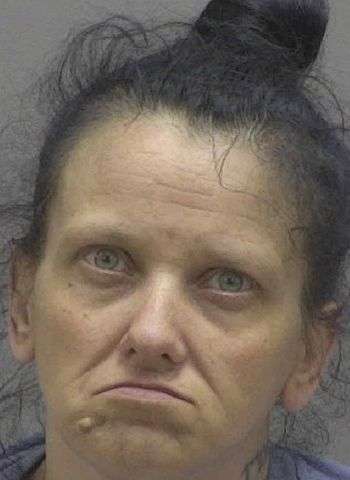 38-year-old Teresa Leann Riffle of Rose Hill Drive in Lincolnton was arrested Thursday (April 7) by Lincoln County Sheriff’s Officers. She’s charged with four counts apiece of possession with intent to sell and deliver methamphetamine and marijuana, seven counts of maintaining a dwelling for the sale and delivery of controlled substance, and three counts apiece of the sale and delivery of meth and marijuana. All of the counts filed against Riffle are felonies.

Narcotics officers along with the Lincoln County Sheriff’s Office SWAT team executed a search warrant at a residence on Rose Hill Drive in Lincolnton at approximately 8:00 a.m. Thursday. Officers took one individual, Teresa Leann Riffle, into custody without incident.

The arrest was the result of an investigation that spanned nine months. During the probe, narcotics officers were reportedly able to make several purchases of controlled substances at the residence. During Thursday’s search, investigators seized 2.5 grams of methamphetamine and 129 grams of marijuana. Police also seized several hundred dollars in cash.

Riffle was placed in the Harven A. Crouse Detention Center under a $113,000 secured bond. She remained in jail as of earlier today (April 8). She was scheduled to appear in District Court in Lincolnton today.