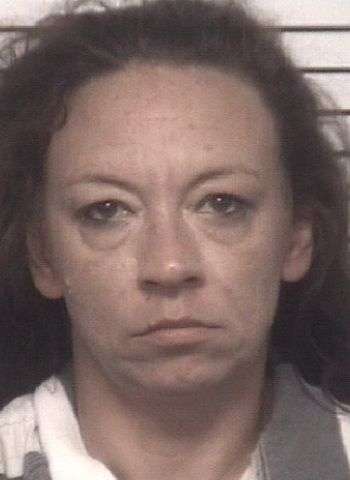 39-year-old Tara Sha Barnes of South Thomas Lane in Stony Point has been arrested by Iredell Co. Sheriff’s Officers on felony counts of possession with intent to sell or deliver a schedule II controlled substance, maintaining a vehicle for the sale or use of a controlled substance, and possession of methamphetamine, along with one misdemeanor count of driving while license revoked.

On Wednesday (October 7), a Deputy saw a black Honda Accord driven by Tara Sha Barnes on Highway 64 near the Iredell and Alexander County line. From earlier interactions with Barnes, the Deputy knew her driver’s license was suspended.

The Deputy conducted a vehicle stop and approached the vehicle where he saw Barnes shove something into her pants. He described Barnes’ behavior as “extremely nervous.” A female Deputy was called to the scene to assist with the investigation. Barnes was searched, leading to the discovery of six ounces of meth in six separate, clear plastic baggies.

Barnes was arrested and placed in the Iredell Co. Detention Center under a $31,000 secured bond. Her next appearance in District Court is coming up on October 28.

Barnes has a criminal history that includes felony obtaining controlled substances by fraud and misdemeanor counts of assault and shoplifting by concealment.

25-year-old Mark Edward Hinson and 30-year-old Kerissa Eller Hahn, both of the same address on…