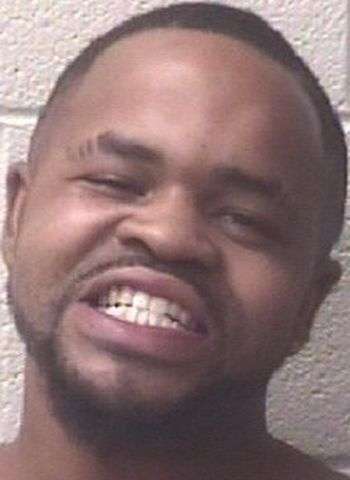 32-year-old Ricky Jarmil Wellman of Stony Point was arrested Sunday (September 26) by Alexander County Sheriff’s Officers. He’s charged with felony counts of attempted murder and possession of a firearm by a convicted felon. In addition, Wellman is charged with discharging a weapon into an occupied dwelling or moving vehicle, driving while license revoked, misdemeanor flee to elude arrest with a motor vehicle, operating a vehicle with no insurance, and fail to heed light or siren.

Sunday at approximately 7:40 p.m., Alexander County Communications received a call at Johnny Martin Lane in Stony Point, in reference to a person being shot. Officers and EMS responded to the scene and found a man suffering from an apparent gunshot wound to the leg. The victim was eventually airlifted to Carolinas Medical Center.

It was determined that the suspect was Ricky Jarmil Wellman, he left the scene prior to officer’s arrival. Troopers with the North Carolina State Highway Patrol found the suspect vehicle on Old Mountain Road. While attempting a traffic stop, the suspect fled and was eventually stopped at Highway 90 East and South Thomas Lane in Stony Point. The vehicle was occupied by Wellman and another man. They were transported to the Alexander County Sheriff’s Office.

Investigators believe the incident occurred during an altercation between Wellman and the victim at a shared residence. They engaged in a physical altercation, after which Wellman allegedly retrieved a firearm from a vehicle and fired several rounds from the front yard into the residence, striking the victim. Wellman is a convicted Felon, therefore it is illegal for him to have a firearm in his custody and control. This investigation is still ongoing.

He was incarcerated in the Alexander County Detention Center under a $765,000 secured bond. A first appearance in District Court was scheduled today (September 27).

34-year-old Shannon Denise Garcia and 59-year-old David Sean Riser, both from the same address on…