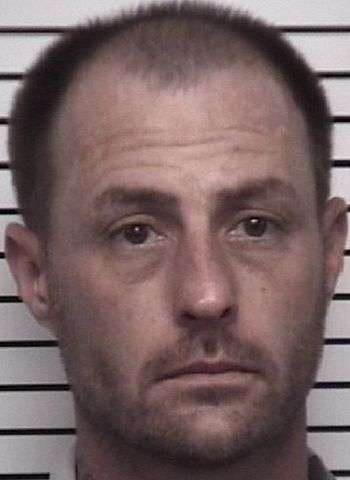 40-year-old Christopher Dale Reavis of Greg Lane in Stony Point was arrested last Tuesday (January 17) by Iredell County Sheriff’s Officers. He’s charged with felony possession of a firearm by a convicted felon along with misdemeanor counts of assault with a deadly weapon and going armed to the terror of people. Reavis is also charged with probation violation.

On January 15, Iredell County Sheriff Deputies responded to a location on Taylorsville Highway in Stony Point in reference to a report of shots being fired. It was reported that a man shot several rounds toward another vehicle in the parking lot.

Deputies reviewed the surveillance video and identified a man who exited a Honda Civic, entered the store, and then returned to his vehicle. Moments later a SUV entered the frame, and you can see the subject retrieve a handgun and shoot four times at the SUV as it is leaving the parking lot. The suspect then got in his vehicle and fled in the direction of Alexander County. Deputies retrieved shell casings from the scene.

The suspect was identified as Christopher Dale Reavis. On Tuesday, Deputies went to Greg Lane and arrested Reavis without incident. The suspect is on probation for felony possession of schedule II controlled substance and misdemeanor communicating threats.

He was jailed in the Iredell County Detention Center under $45,000 secured bond. Reavis remained in jail as of earlier today (January 23). A District Court appearance was scheduled today.