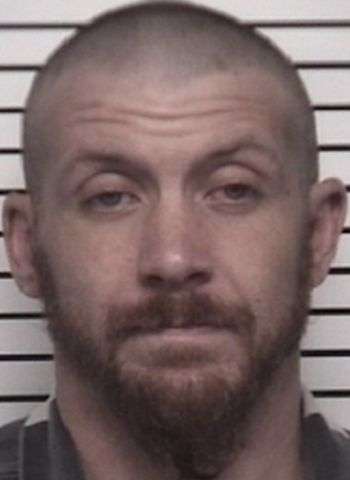 35-year-old Devin Lee Bates of Plank Barn Lane in Stony Point was arrested by Iredell County Sheriff’s Officers. He’s charged with felony counts of possession of stolen goods or property and probation violation along with a misdemeanor count of resisting a public officer.

According to information released Tuesday (September 19), on September 13, 2022, Deputies of the Iredell County Sheriff’s Office Warrant Squad along with Deputies from the Aggressive Criminal Enforcement (ACE) Team responded to Plank Barn Lane, in reference to a wanted person. Deputies received information on the whereabouts of Devin Lee Bates who has been wanted over the last month.

Bates is on probation for possession of a controlled substance. He was wanted by Probation and Parole on the felony probation charge and was listed as an absconder. Deputies established a perimeter in the area prior to attempting to locate Bates due to his history of running. When Deputies arrived and made contact with Bates he fled on foot. Deputies pursued Bates down Highway 90, before taking him into custody in the parking lot of Captain’s Galley.

Bates was arrested and transported to the Iredell County Detention Center where he was jailed under $25,000 secured bond. He remained in jail as of earlier today (September 20). He’s scheduled to appear in Superior Court September 26, and has District Court dates November 7 and December 5.