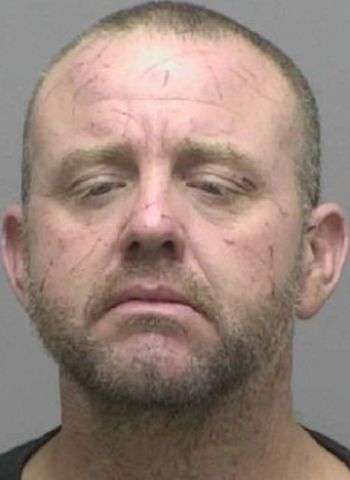 39-year-old Joey Lee Detter of Kings Mountain was arrested Monday (October 19) by Lincoln County Sheriff’s Officers. He’s charged with felony possession of a stolen vehicle along with a count of driving while license revoked.

A deputy was dispatched to a suspicious vehicle call around 10:45 a.m. Monday involving a vehicle parked on Jetton Drive. The officer was told that a male subject got out of the vehicle, came into her yard and looked through an outbuilding and her husband’s truck before returning to the suspicious vehicle, a Hyundai Sonata.

The vehicle which had lost its tire traveled on a wheel rim for the entire length of Jetton Drive. The Lincoln County Communications Center checked the license plate on the vehicle which came back as stolen out of Southern Pines. The deputy located a white male near the passenger side of the vehicle who said the vehicle had a flat tire and he was trying to change it. The man was holding a tire iron as he spoke with the officer.

A detective arrived on the scene and assisted in placing the man, identified as Joey Lee Detter, in custody. The suspect also had outstanding warrants out of Cleveland, Gaston and Moore Counties for larceny of a motor vehicle, breaking and entering to a motor vehicle, possession of a stolen motor vehicle and four counts of driving while license revoked.

Detter was placed in the Harven A. Crouse Detention Center under a $92,500 secured bond. He’s scheduled to appear in Lincoln County District Court November 12.