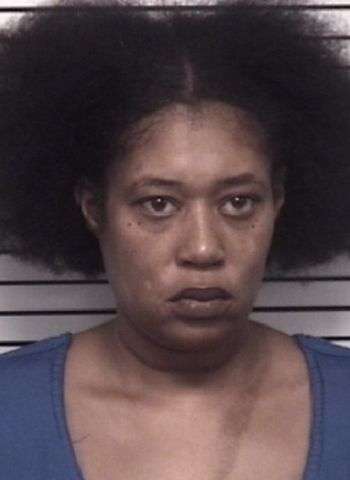 40-year-old Tanisha Lashay Marshall of Zircon Drive in Statesville was arrested Sunday (November 21) by Iredell County Sheriff’s Officers. She’s charged with two felony counts of assault with a deadly weapon on a government official, one felony count of flee to elude arrest with a motor vehicle, and misdemeanor counts of driving while license revoked, speeding, careless and reckless driving, and open container in a vehicle.

On Sunday, the Iredell County Sheriff’s Office received a call in reference to a domestic dispute in the area of Zircon Drive, west of Statesville. While responding to the scene, the deputies were told that the suspect, Tanisha Lashay Marshall, stated that there was an explosive device inside of her residence at Zircon Drive, and if deputies didn’t arrive on scene quickly she was going to detonate the device.

As the deputies were approaching the residence, Marshall came outside, and got into her white 2011 BMW 328I, and accelerated towards the deputies, nearly striking two of them. Marshall was stopped by an officer at the intersection of Stones Edge Road and Gemstone Drive. As the deputy was attempting to stop Marshall, she sped off at a high rate of speed.

Marshall was eventually apprehended and taken to the Iredell County Detention Center where she was issued a $10,000 secured bond. She remained in jail as of earlier today (November 23). Marshall is scheduled to appear in District Court December 13.