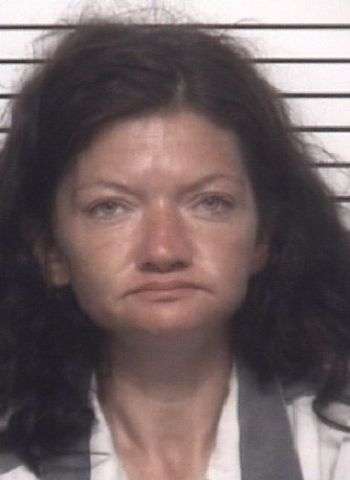 Monday (August 29), a Deputy responded to the Home Run Market on the Turnersburg Highway where the larceny of a semi-truck & trailer was reported. Witnesses at the store said the truck was last seen on Jane Sowers Road. Deputies attempted to locate the stolen vehicle, but were unsuccessful.

Later Monday afternoon, Deputies received a call regarding a vehicle being operated in a reckless manner on River Hill Road in eastern Iredell County. Deputies arrived and were given information about that vehicle, a truck that was stolen from an address on River Hill Road.

An Iredell County Sergeant spotted the truck, which was being driven erratically, at the intersection of River Hill Road and the Mocksville Highway. The Officer attempted to stop the vehicle; however, the driver failed to stop and a vehicle pursuit began. Deputies were able to stop the truck on Sain Road. The driver was identified as Samantha Ann Kesler. She was arrested on the scene.

Investigators learned that Kesler allegedly broke into a motor vehicle in an attempt to steal it. She then broke into a garage and stole a set of truck keys that she used to steal the truck, which had a gun in it. The victim approached Kesler in an attempt to stop her, but Kesler drove toward the victim aggressively. The victim was able to get out of the way and was not struck.

Kesler was connected to the theft of the tractor-trailer at the Home Run Market based on a description from witnesses. She also gave a statement regarding her involvement in that incident. The tractor-trailer and the other vehicle were returned to the owners. Deputies recovered $34,500 worth of stolen property.

Kesler was taken to the Iredell County Detention Center where she was given a $53,000 secured bond. She remained in jail as of this morning (September 1). District Court appearances in Iredell County were set for September 20 and October 17, 19, & 24.