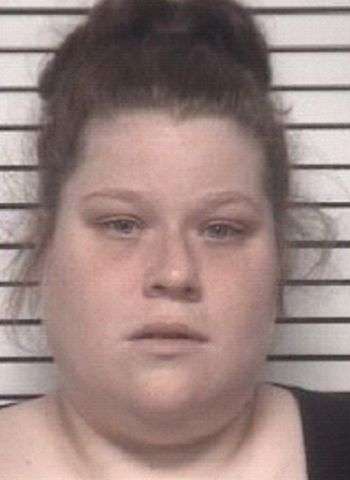 27-year-old Katherine Rose Stewart of Brawley Park Drive in Statesville has been arrested by Iredell County Sheriff’s Officers on felony counts of statutory rape of a child age 15 or younger and indecent liberties with a child.

Events leading to Stewart’s arrest began on Sunday, November 8, when the Sheriff’s Office took a report regarding a juvenile who was sexually assaulted in western Iredell County.

The investigation was assigned to the Sheriff’s Special Victim’s Unit. The juvenile victim was interviewed at the Dove House Children’s Advocacy Center. The victim described the incidents and provided other relevant information.

Stewart was arrested last Friday (November 13) and placed in the Iredell Co. Detention Center under a $75,000 secured bond. She will appear in District Court on December 2.

Woman Charged With Failing To Appear In Court On Multiple Charges