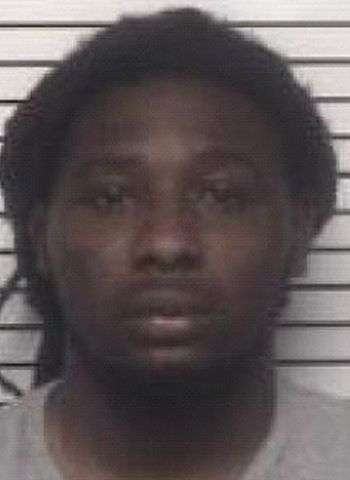 Shortly after 8:30 Monday evening (May 10), a Deputy stopped a vehicle on Garner Bagnal Boulevard in Statesville after the vehicle failed to stop at a stoplight. The Deputy spoke to the driver, Jacobie O’Brian Cauthen, and asked him to walk back to the patrol car as the Deputy checked his vehicle information. During the initial investigation, Cauthen was found to have a bag of marijuana in his pants pocket. A search of the vehicle was conducted, leading to the discovery of cocaine and a handgun concealed between the front seats.

Cauthen has an active domestic violence protection order in place that states he cannot possess a firearm. Cauthen was arrested and taken to the Iredell County Detention Center where the Magistrate found that Cauthen also has a pretrial release in place that prohibits the possession of a firearm. A preset bond of $250,000 was set on that charge. Cauthen was held without bond on the protection order violation and he was given a $1,000 for possession of cocaine. He’ll appear in District Court on the felony charges on June 1 and with another court date on the misdemeanor charges set for August 16.