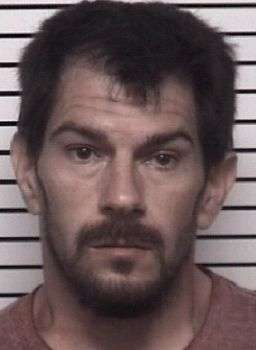 Morrison was arrested Sunday (September 6) as Deputy Ernie McNeely was on patrol in Statesville’s River Hill Road area. Deputy McNeely saw a vehicle with an expired registration plate as it traveled east on the Mocksville Highway and turned onto River Hill Road. The Deputy stopped the vehicle near East Iredell Middle School.

The Deputy approached the truck and spoke with the driver, Joshua Owen Morrison. At that time, Deputy McNeely noticed the strong odor of marijuana coming from the vehicle and from the toolbox in the truck bed. The truck was searched, leading to the discovery of one pound of marijuana and multiple items containing T.H.C. including gummy bears, vape cartridges, and pre-rolled marijuana cigarettes. 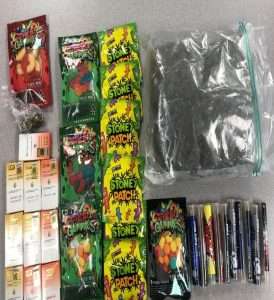 [items seized during the arrest of Joshua Owen Morrison]

Morrison was arrested on the scene and taken to the Iredell Co. Detention Center where he was given a $10,000 dollar secured bond. District Court dates were set for October 12 & 13.