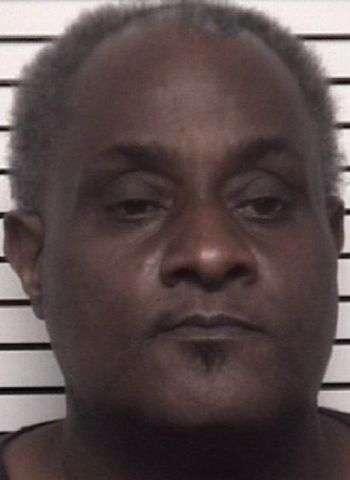 On Friday, officers executed a search warrant and served arrest warrants on Corry Drive. The target of the investigation was James Faron Morrison. This investigation started with Narcotics Investigators receiving information about Morrison distributing narcotics from his vehicle on a dirt portion of Corry Drive off of Twin Oaks Road.

Surveillance operations were established and narcotics investigators utilized drones to watch the suspect, and his activities. From the observation of the traffic patterns in the area near the suspect, and drone surveillance footage, investigators were able to confirm Morrison was distributing narcotics from his vehicle on Corry Drive, and on at least one occasion, Morrison was allegedly armed with a rifle.

When the warrants were executed, investigators found the suspect to be in possession of 84.1 grams of “Crack” Cocaine, 30.9 grams of power Cocaine and 229.61 grams of Marijuana, five rifles, two handguns, and an amount of U.S. Currency related to narcotics trafficking. The street value of the narcotics seized was more than $16,000.

Morrison was given a $160,000 secured bond. He was not listed as an inmate in Iredell County today (February 2). A District Court appearance is scheduled for February 22.