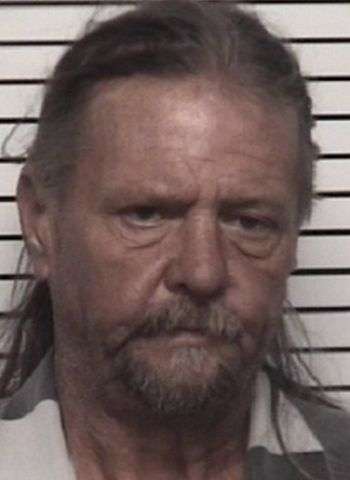 54-year-old Scotty Eugene Shoemaker of Shoemaker Farm Road in Statesville has been arrested by Iredell County Sheriff’s Officers on three counts of felony larceny of a motor vehicle.

The Deputy saw a yellow Chevrolet car matching the description of one of the stolen vehicles in the driveway. A black Chevy truck was also found in the backyard.

Officers spoke to Scotty Eugene Shoemaker about the vehicles. According to a press release from the Sheriff’s Office, Shoemaker then admitted to taking the vehicles. The suspect’s mother showed Deputies the third stolen vehicle. All three vehicles were recovered and removed from the suspect’s property.

Shoemaker was charged accordingly and he was served with an outstanding order for arrest for failure to appear. He was taken to the Iredell County Detention Center under a $97,500 secured bond.