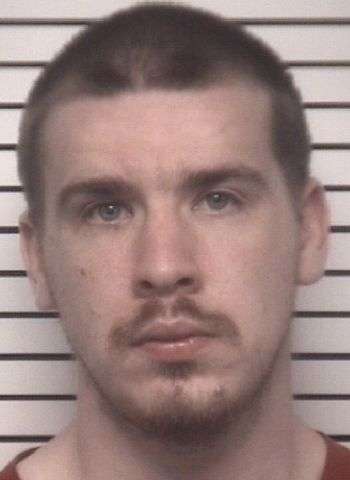 26-year-old Mickey Wayne Roseman, Jr. of the Hickory Highway in Statesville has been arrested by Iredell County Sheriff’s Officers on charges of felony possession of a stolen motor vehicle and misdemeanor possession of stolen property.

Events leading to his arrest began on Saturday, July 3, when a Deputy conducted a traffic stop at the intersection of West Garner Bagnal Boulevard near Newton Drive for a motor vehicle violation. The Deputy spoke with the driver, Mickey Wayne Roseman, Jr. According to the Deputy, Roseman became evasive with his answers.

The Deputy ran the vehicle information through a database and learned that the license plate and vehicle were stolen. The vehicle was reported stolen on July 3 during a break-in at the Tri-County Motor Group in Davie County.

Roseman was arrested on the scene and taken to the Iredell County Detention Center where he was jailed under a $15,000 secured bond. The Davie County Sheriff’s Office has also charged Roseman with felony breaking & entering a building with intent to commit felony larceny, felony larceny of a motor vehicle, felony larceny after breaking & entering, and misdemeanor injury to real property. He was given an additional $30,000 secured bond on those charges. District Court appearances were scheduled for July 26 in Iredell County and for August 5 in Davie County.

Roseman has a criminal history that includes three felony counts of breaking & entering and single felony counts of larceny of a motor vehicle, larceny, and indecent liberties with a child, plus two counts of felony assault on a detention employee with physical injury. He was released from prison on June 26 of this year and is currently on parole for felony larceny and felony indecent liberties with a child. The North Carolina Department of Adult Corrections has identified Roseman as a verified member of the Folks Nation Gang.