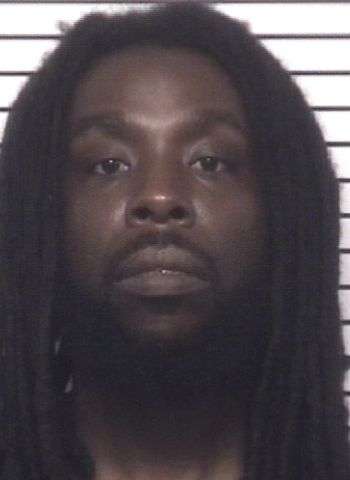 40-year-old Donnell Fredrick Stribling of 7th Street in Statesville has been arrested by Iredell County Sheriff’s Officers on felony counts of possession with intent to sell or deliver a schedule II controlled substance and maintaining a vehicle for the use or sale of a controlled substance. He was also charged with misdemeanor counts of possession of drug paraphernalia, fleeing to elude arrest with a motor vehicle, and resisting, obstructing, or delaying a government official.

Stribling was arrested Saturday (May 14) when a Deputy attempted to stop a vehicle on Interstate 77 North at Exit 49A for multiple traffic violations. The driver did not pull over, but continued traveling north on I-77. With blue lights and siren on, the Deputy followed and saw the driver throw a plastic bag from the car window. Officers later found the bag, which contained 10.63 grams of crack cocaine.

The vehicle stopped at Exit 49B where a black male passenger got out of the car and fled on foot. The suspect vehicle then pulled away at a high rate of speed, exited the interstate at East Broad Street, and hit an embankment. The driver got out of the vehicle and ran in the direction of a nearby hotel.

Deputies and Statesville Police Officers established a perimeter around the area. K-9 Officer Levi began tracking the suspect and found him a short time later near Eastside Drive. The suspect, Donnell Fredrick Stribling, was arrested without further incident.

Stribling was taken to the Iredell County Detention Center with bond set at $7,500, secured. He was also served with an order for arrest out of Guilford County on traffic charges, resulting in an additional $1,000 secured bond. In addition, the North Carolina Highway Patrol filed several driving-related charges against Stribling. Iredell County District Court dates were scheduled for June 1 and July 28, with an appearance in Guilford County coming up on May 27.

Deadline for Voter Registration is April 22