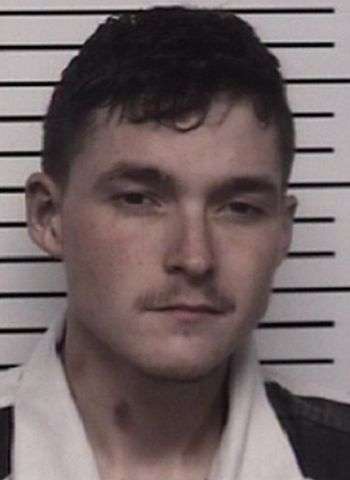 27-year-old Kasey Lane Pharr of Bostain Lake Road in Statesville has been arrested by Iredell County Sheriff’s Officers on felony counts of breaking & entering, larceny after breaking & entering, and first-degree burglary, along with a misdemeanor count of resisting, delaying, or obstructing a public officer.

Last Thursday (January 19), Deputies responded to an address on Deerwood Lane, south of Mooresville, in reference to a reported breaking & entering. When Deputies arrived, they were told that the suspect was still in the residence and might be armed. According to witnesses, the same suspect had been seen in a nearby neighborhood pointing a pistol at citizens.

Deputies made a tactical entry into the home, but quickly determined that the suspect had left prior to their arrival. The scene was secured and a perimeter was established.

A short time later, a Deputy spotted a suspicious male near the residence. The man ran from the Deputy. While running, the suspect made movements consistent with having a gun in his waistband.

The suspect, Kasey Lane Pharr, was taken into custody. As he was being searched, Pharr made statements about being chased by the Police all day long. He admitted to the break-in and the theft of personal items.

Pharr was transported to the Iredell County Detention Center, where he was given a $100,000 secured bond. He’ll appear in District Court on February 8.

Pharr has a criminal history that includes felony counts of larceny of a firearm, second-degree burglary, safecracking, and possession of a firearm by a felon, as well as misdemeanor larceny.