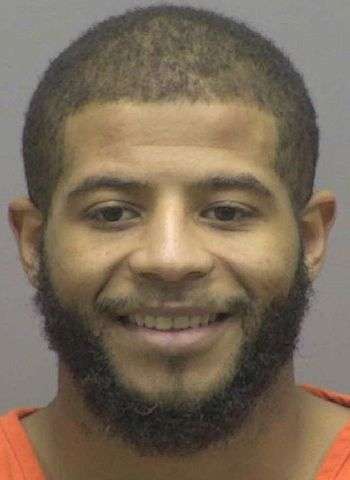 26-year-old Devin Darshun Mitchell of Stanley was arrested by Lincoln County Sheriff’s Deputies and a a Gaston County Police Department K-9 Unit yesterday (November 30) on a number of charges. He faces two felony counts each of larceny of a motor vehicle and possession of a stolen vehicle. Mitchell was also charged with assault on a government official and resisting, delaying, or obstructing a public officer. In addition, he was served with Gaston County warrants for breaking & entering a motor vehicle, felony larceny, and failure to appear.

At about 1:30 Wednesday afternoon, Officers went to a location on the 5,400 block of East North Carolina Highway 150 in Lincoln County searching for Mitchell. Officers covered both entrances to the residence, but Mitchell climbed out of a second story window in an attempt to flee. When Mitchell saw the Officers, he went back into the residence where he was taken into custody.

As he was taken to a transport vehicle, Mitchell continued to struggle and attempted to pull away from Officers. As he was shackled, Mitchell kicked two Officers.

The suspect faces charges in Lincoln County for the theft of two vehicles. On November 17, a truck was stolen from Lake Norman Sewer & Septic Service. The truck was found on Mack Ballard Road by the owner’s son, but the suspect fled the scene when confronted. The vehicle was recovered.

Also on November 17, a vehicle was stolen from a business on the 7,200 block of Campground Road. That vehicle was also found after it was abandoned on Innes Lane near the location of the other stolen truck.