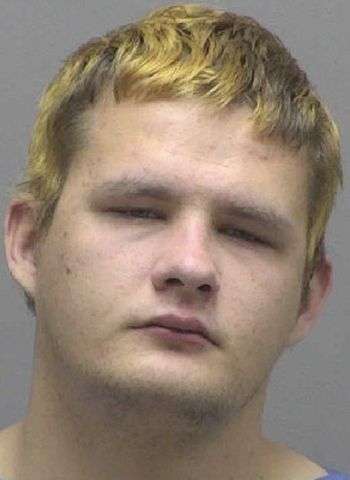 20-year-old Michael Alexander Smothers has been arrested by Lincoln Co. Sheriff’s Officers on charges of felony second-degree kidnapping, assault on a female, assault on a law enforcement official, and resisting, delaying, or obstructing a public officer.

On Monday (December 14), Deputies were dispatched to a domestic disturbance involving a suspect with a machete at a residence on Ed Craig Road in Vale. Officers found the suspect’s mother outside the home. She said her son was inside the residence, armed with a machete. She told Deputies that five children between the ages of 2 and 14 had locked themselves in a bathroom for safety.

Deputies entered the home and found Michael Alexander Smothers standing in the living room with the machete pulled from the scabbard and in his hand. During the standoff, Smothers refused to drop the machete. At the Deputies’ request, he did allow the children to leave the residence. The five children exited through a back door without incident.

Smothers continued to hold the machete and refused to drop the weapon. A Sergeant arrived with a non-lethal shotgun that fires beanbags. Several beanbags were fired, striking the suspect. Smothers fell to the floor and dropped the machete. Deputies kicked the machete away and took Smothers into custody.

Lincoln County E.M.S. treated Smothers for several bruises. A Deputy took Smothers to Caromont Medical Center in Gastonia where he was evaluated. He was released to Sheriff’s Deputies the following day.

Smothers was placed in the Harven A. Crouse Detention Center under a $122,000 secured bond. He’ll appear in District Court on January 12.