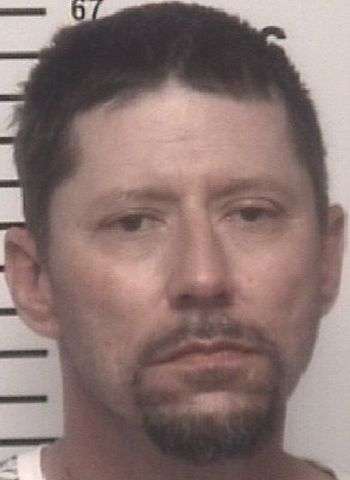 41-year-old Joshua Kyle Boulware of Gaston, South Carolina, was arrested by Troutman Police Officers. He’s charged on a felony fugitive warrant from another state. In addition, Boulware is charged with felony counts of flee to elude arrest with a motor vehicle and possession of a stolen motor vehicle. He was also charged with reckless driving to endanger, speeding, unsafe passing, and driving while license revoked.

On Monday (January 10), officers with the Troutman Police Department found a Toyota Rav 4 that was listed as stolen out of York County, South Carolina. The vehicle was found in the parking lot of Dollar General on South Main Street in Troutman. Officers pulled up behind the vehicle, activating their patrol vehicles’ blue lights at which point the driver pulled away and attempted to flee.

Troutman officers pursued the vehicle traveling south on Highway 21 into Mooresville with the vehicle pursuit ending behind a residence on Sherrill Street. The driver, identified later as Joshua Boulware, attempted to flee on foot and was caught by a Troutman Police Officer.

Officers from the Mooresville Police Department and Iredell County Sheriff’s Office provided assistance during the pursuit. Boulware was taken into custody. The fugitive warrant against him is from South Carolina. Boulware was placed in the Iredell County Detention Center under $50,500 secured bond. He remained in jail as of earlier today (January 14). A District Court appearance is scheduled for February 1.