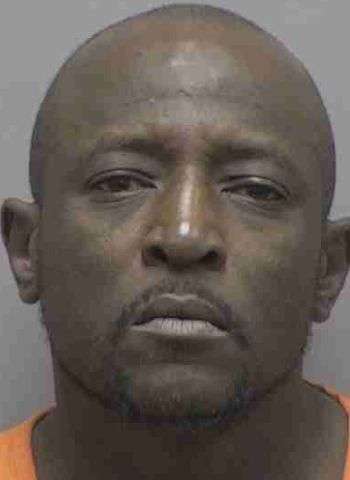 Deputies were observing traffic on NC 73 Highway in the afternoon of November 19, 2020 when a passing motorist informed them that a vehicle had overturned on its top at the construction entrance to the Trilogy subdivision. When officers arrived on the scene an individual began walking away on Looking Glass Trail in the subdivision. The deputies noticed the vehicle did not have a license plate and stopped the individual a short distance away. The man told officers he did not know who was driving the vehicle but a witness said he saw him driving the car.

During the conversation the man, identified as Ernest Jemaar Elder, placed a hand inside his waistband allowing officers to see a shiny object. Deputies quickly placed the man in custody and a search revealed a South Carolina license plate hidden in his pants. The license plate was registered to a pickup truck in Elder’s name. A check of the wrecked vehicle revealed it had been stolen from a location in Charlotte.

Elder was placed in the Harven A. Crouse Detention Center under a $20,000 secured bond. He remained in jail as of this afternoon (November 20). A District Court appearance was scheduled today.

18 new cases of COVID-19 were confirmed Saturday (September 13) in Catawba County, increasing the…