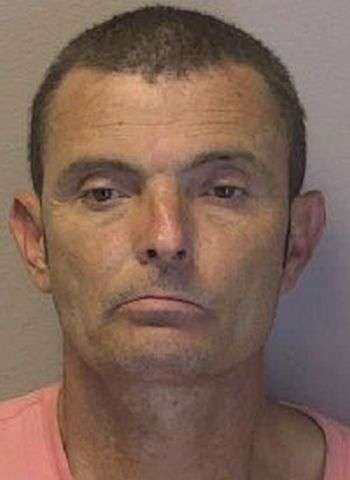 47-year-old David Lee Edwards of Moccasin Drive in Sherrills Ford was arrested by Hickory Police on Friday, July 15, on multiple felony counts of larceny and one misdemeanor count of making a false report to a police station. He was also charged with failure by a sex offender to report a change of address.

Edwards was taken into custody without incident at 3 p.m on the 15th at a hotel on Lenoir-Rhyne Boulevard S.E. in Hickory. He was placed in the Catawba County Detention Facility with bond set at $32,000, secured. He is no longer listed as an inmate. Edwards was scheduled to make a first appearance in District Court on July 18 with his next court date coming up on August 8 in Newton.