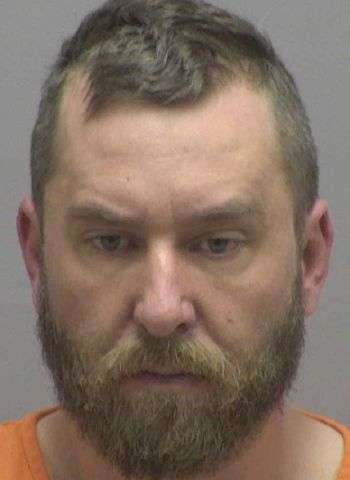 38-year-old Gabriel Aaron Bosworth of Land’s End Trail in Alexis, N.C. has been arrested by Lincoln County Sheriff’s Officers on two felony counts of statutory sex offense with a child and felony indecent liberties with a minor. He was arrested last night (May 11) following a missing person search by Sheriff’s Deputies.

At about 12:30 Wednesday afternoon, the Sheriff’s Office took a report regarding a man who had sexually abused a female juvenile. When the suspect was confronted about the allegations by non-law enforcement personnel, he fled into a heavily wooded area off of Land’s End Trail near Mount Zion Church Road.

A missing person report was entered for Gabriel Aaron Bosworth. There was concern that he might try to harm himself as the result of the complaint filed against him. The Lincoln County Sheriff’s drone and land search teams, the Criminal Investigations division, and S.W.A.T. team responded to assist in the search.

At about 7:45 p.m., searchers found Bosworth in the woods. The suspect was armed with a handgun. Officers began negotiating with Bosworth. During the negotiations, search personnel subdued the suspect with no injuries.

Bosworth was taken to the Lincoln County Sheriff’s Office where he was interviewed and charged accordingly. He was placed in the Harven A. Crouse Detention Center under a $375,000 secured bond. No court date is currently listed.