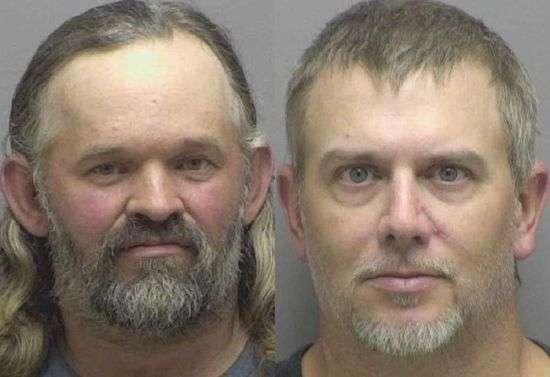 In one case, 42-year-old David Glen Bays of Vale was arrested Friday (September 16) by Lincoln County Sheriff’s Officers. He’s charged with felony sex offender on school property. On Friday, deputies working the West Lincoln-Bandys High School football game arrested Bays while he was attending the game. He was transported to the Lincoln County magistrate’s office where he was charged with the felony count.

Bays was transported to the Harven A. Crouse Detention Center where he was processed and released on a $2,000 secured bond. Bays is on the North Carolina Sex Offender Registry as a result of a conviction in Lincoln County in September, 2015. He was convicted of solicitation of a child by computer to commit an unlawful sex act. The victim was 14-years-old.

The second incident occurred while detectives were at a residence on Old Lincolnton-Crouse Road conducting a criminal investigation. They were attempting to speak to a registered sex offender, 38-year-old Adam Lee Braddy, who listed the location as his address.

Braddy is on the Sex Offender Registry as a result of a conviction in June, 2009 in Lincoln County on two counts of indecent Liberties with a minor. The victim was 14-years-old. Braddy had not been arrested on the warrant as of earlier today (September 20).