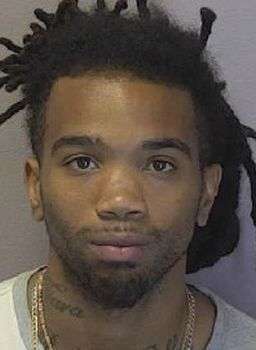 25-year-old Craig Anthony Ruff of Rocketts Way in Newton was arrested by Hickory Police yesterday (August 13) on felony counts of discharging a weapon into occupied property resulting in serious bodily injury and possession of firearm by felon.

Ruff was taken into custody without incident at 11 a.m. yesterday at a residence on North Rankin Street in Newton. He was placed in the Catawba Co. Detention Facility under a $100,000 secured bond. He has since been released. A first appearance in District Court is coming up Monday (August 17) in Newton.

The investigation is ongoing. Anyone with information regarding the case should contact Hickory Police at 828-328-5551 or Investigator Carlos De Los Santos at 828-261-2621 or cdelossantos@hickorync.gov.

A church break-in that occurred earlier this month in Maiden is under investigation. Between July…

The Burke Co. Sheriff's Office is asking for the public's assistance in locating a missing…