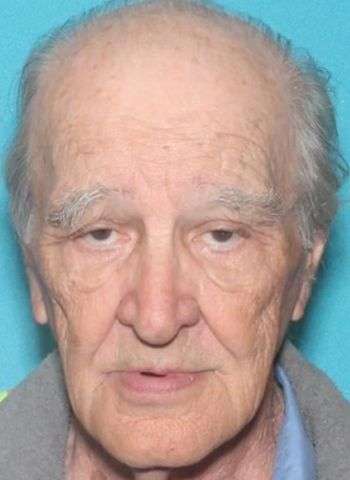 Authorities are continuing to search for a man who has been missing from Burke County for a week and they are asking for the public’s assistance in finding him. A Silver Alert was issued for 81-year-old George Winslow Smith on January 6. He was last seen at 2967 Clark Loop in Morganton.

According to the Burke County Sheriff’s Office, Mr. Smith has recently been speaking of wanting to go “home.” It’s possible he will attempt to visit areas from his past such as Quartz Lane in Hudson, or Dudley Shoals. After investigators spoke to the individual Mr. Smith was living with in Burke County, it appears Mr. Smith’s dementia is becoming more noticeable. Police were told he has been wandering around the neighborhood and has had memory issues.

Mr. Smith does not carry a cellphone and he has no known mode of transportation other than walking. He is described as a white male, 5’9″, 180 pounds, with ear length gray hair and brown eyes. He was last seen wearing a camo jacket with a blue flannel shirt, blue jeans, and blue & gray tennis shoes. Multiple searches have been conducted in the area around where Mr. Smith was last seen on Pealot Road off Clark Loop. The areas searched include a pond and a water shed dam and sonar equipment has been used.

Anyone with information regarding the whereabouts of George Winslow Smith should call Deputy Browning at the Burke County Sheriff Office at 828-438-5500.

Suspects In January Murder Remain In Jail, Next Court Date In February