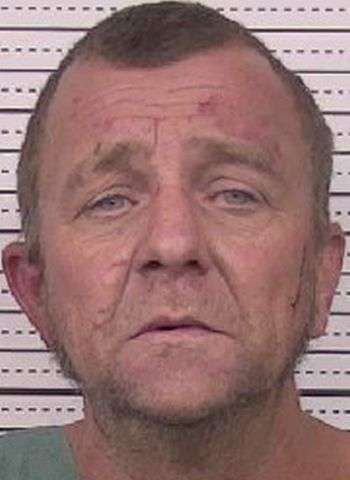 52-year-old Toby Alan Horne of Walnut Avenue in Rhodhiss was arrested Wednesday (October 27) by Caldwell County Sheriff’s Officers. He’s charged with felony discharging a weapon into an occupied dwelling or moving vehicle. Horne is also charged with misdemeanor counts of injury to real property and resisting a public officer.

Shortly after 4:00 p.m. Wednesday, Deputies with Caldwell County Sheriff’s Office responded to a shots fired call at an address on Magnolia Street in Rhodhiss. The resident of that address reported that he was involved in an altercation with Toby Alan Horne and he was shot in the leg with a small caliber rifle. The victim indicated that after the altercation Horne returned armed to his residence on Walnut Avenue. The victim was treated by EMS at the scene and did not require further treatment for the gunshot wound.

Upon the arrival of Deputies at Horne’s residence, the suspect reportedly began firing multiple rounds from inside the home in the direction of Law Enforcement and nearby houses. One of the rounds fired struck a nearby occupied home. Deputies surrounded the location and contact was made with Horne by phone. During conversations with Horne he allegedly made multiple threats to kill any Law Enforcement officer that entered his house.

The Caldwell County Sheriff’s Office SWAT Team was deployed to the residence and attempted to negotiate the suspect’s surrender. When negotiations failed less than lethal chemical munitions were deployed into the residence and Horne was taken in to custody without injury. The Caldwell County Sheriff’s Office was assisted by the Granite Falls Police Department during this incident.

Horne was incarcerated in the Caldwell County Detention Center under $50,000 secured bond. A District Court appearance was scheduled today (October 28). This case remains open and additional charges are expected.

Theft Of Truck From Residence Under Investigation