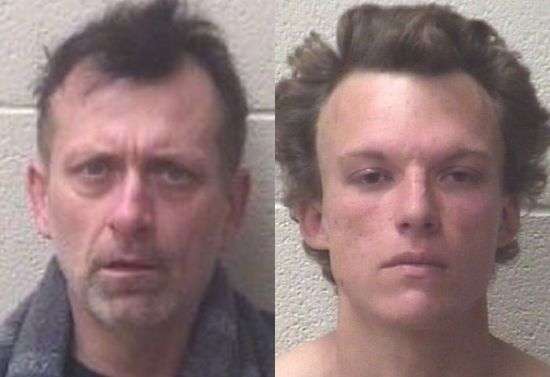 52-year-old Gregory Allen Daniels of Taylorsville and 27-year-old Justin Ray Morton of Hickory were both arrested Tuesday (April 12) by Alexander County Sheriff’s Officers. They were each charged with felony possession of schedule II controlled substance and misdemeanor possession of drug paraphernalia.

According to reports, the two suspects were taken into custody Tuesday morning. They were arrested during a law enforcement checkpoint that was set up by the Alexander County Sheriff’s Office.

Following their arrests, both suspects were incarcerated in the Alexander County Detention Center in Taylorsville under $5,000 bond apiece. Daniels is no longer listed as an inmate in Alexander County. Morton remained in jail as of earlier today (April 14) under that same bond amount. Both suspects are scheduled to appear in District Court in Taylorsville next Monday (April 18).

Hickory Man Jailed for Failure to Appear on Meth Charge