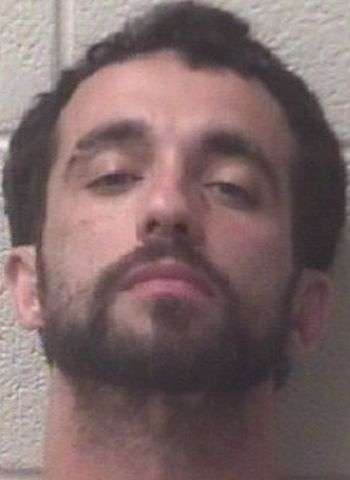 33-year-old Brandon Scott Carter of Stony Point was arrested Tuesday (September 13) by authorities in Alexander County. He’s charged with felony counts of fail to register as a sex offender, sex offender unlawfully on premises, assault with physical injury on a law enforcement or probation or parole officer and parole violation. He’s also charged with misdemeanor counts of resisting a public officer, injury to personal property, second-degree trespass, and injury to real property.

Carter was taken into custody following a manhunt after he allegedly fled from a traffic stop Tuesday morning. Carter was a passenger in a vehicle that was stopped by Alexander County Sheriff’s Deputies in Hiddenite. During the stop, Carter reportedly fled the scene on foot.

An extensive search was conducted by the Alexander County Sheriff’s Office, Taylorsville Police, The North Carolina State Highway Patrol and the Office of Probation and Parole. He was found in a wooded area near East Alexander Park in Hiddenite at approximately 1 p.m. As a precaution during the manhunt, Hiddenite Elementary School was placed on Code-In status.

Carter is listed on the North Carolina Sex-Offender Registry as the result of a first-degree rape conviction in Forsyth County in 2005. He was released from prison on July 19, 2021. He was on parole that was scheduled to end on July 18, 2026.

Carter was previously arrested on August 27 by Alexander County Deputies and charged with simple assault, assault-communicating threats, vandalism with damage to personal property and second-degree trespassing. He was released on a $10,000 bond. Following Tuesday’s arrest, he was placed in the Alexander County Detention Center under no bond. A District Court appearance is scheduled for next Monday (September 19).