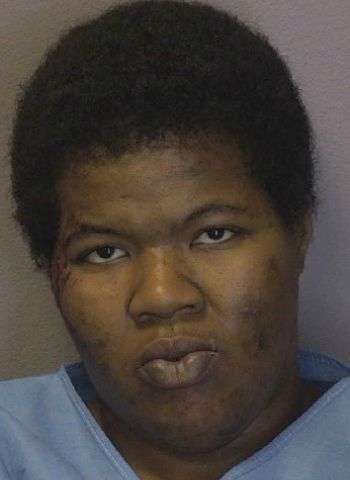 26-year-old Taya Aleque Shaquae McCathern of Raleigh was arrested by Hickory Police last Wednesday (March 31) on one felony count of speeding to elude arrest with two aggravating factors and misdemeanor counts of careless & reckless driving and driving while license revoked.

In addition, she was charged with failure to appear on one count of simple affray and twice failing to appear on a misdemeanor larceny charge. McCathern was also served with outstanding warrants for injury to personal property (two counts), second-degree trespassing, and a parole violation. The warrants were issued on January 19 and February 1, 15, & 22 of this year.

McCathern was taken into custody without incident at about 11:40 a.m. on the first at Catawba Valley Medical Center on Fairgrove Church Road S.E. She was jailed in the Catawba Co. Detention Facility with bond set at $9,100, secured. District Court dates are coming up on April 22 & 30 and May 17 in Newton.