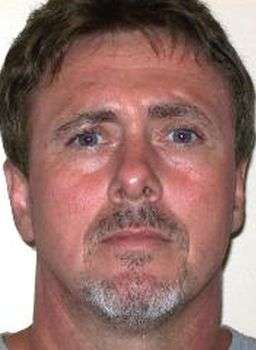 This morning (October 5) at 7:16, Maiden Police officers and Catawba County Sheriff’s deputies responded to the North Carolina Department of Corrections (NCDOC) Catawba Correctional Center located in the Town of Maiden on Prison Camp Road in reference to an inmate escape.

Prison staff reported that an inmate, 49-year-old Johnny E. Setzer, escaped by climbing the perimeter fences. While responding officers were searching the area around the prison, it was determined that Setzer had stolen an unoccupied vehicle, a 2003 Chevrolet Suburban, from a nearby business.

At approximately 8:45 a.m., Hickory Police Officers found the stolen Suburban and arrested Setzer without incident in the 900 block of D Avenue Drive SE in Hickory. Setzer was transported by ambulance to Catawba Valley Medical Center to receive treatment for multiple lacerations to his hands and body.

Setzer was convicted as an habitual felon in September, 2014. He received a seven-year, four month sentence. Setzer was returned to the custody of the North Carolina Department of Corrections. The investigation into this event is continuing. Criminal charges against Setzer for escape and theft of the vehicle are pending consultation with the Catawba County District Attorney’s Office.

Arrest Made In Connection To Thursday Shooting In Hickory