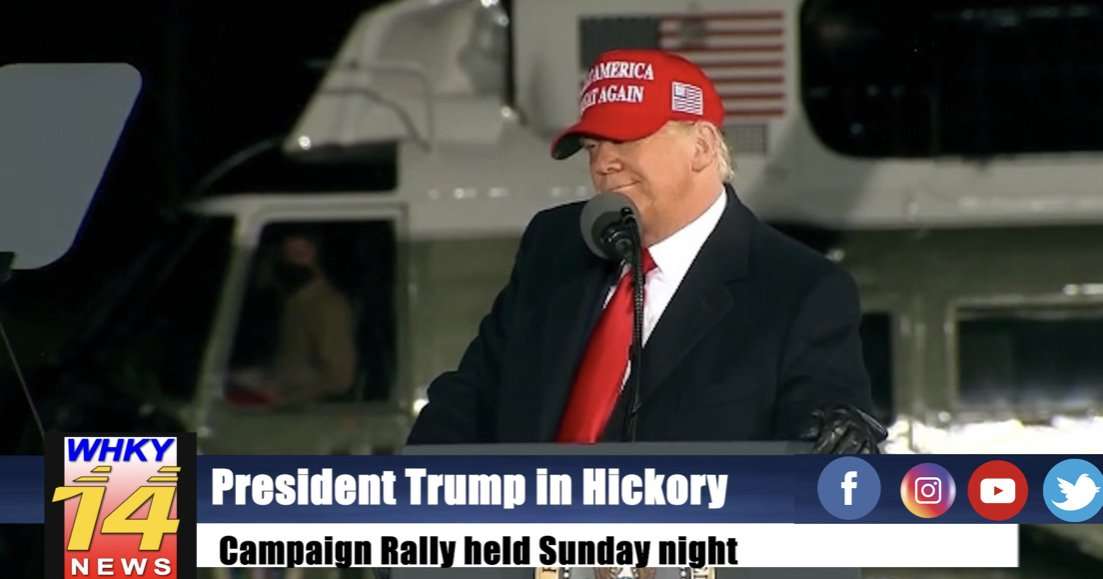 President Donald Trump appeared at a “Make America Great Again” rally at Hickory Regional Airport today (November 1). It was the third of five campaign stops for the President today, with evening appearances slated for Rome, GA, and Opa-locka, FL. 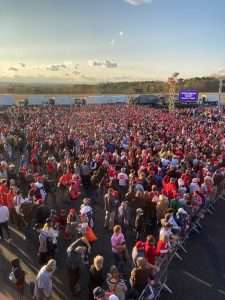 A large crowd turned out for the event, during which the Republican President discussed the economy at great length, citing a recovery he says is underway, COVID-19 and a vaccine, the 2nd Amendment, and his opponent, Joe Biden. A video was also shown to the crowd that focused on comments made by Mr. Biden. 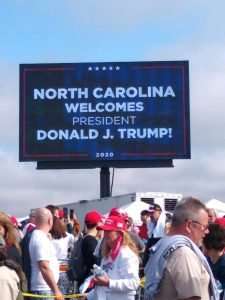 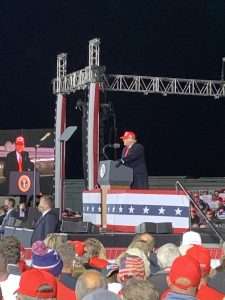 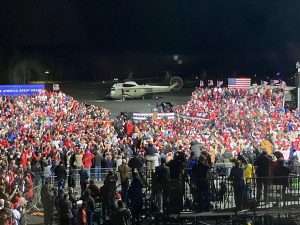 It’s the second time Mr. Trump has visited Hickory, the last time being in March, 2016 prior to the NC Primary. President Barack Obama campaigned in Hickory in 2008 prior to winning his first term. The last sitting President to visit Hickory was Gerald Ford in 1976.

Democrat challenger Joe Biden has also been making campaign stops in battleground states in the final days prior to the election. The former Vice President was in Philadelphia today and was scheduled to remain in Pennsylvania Monday (November 2).