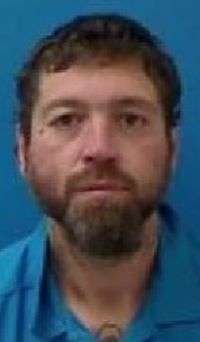 A man injured in an officer-involved shooting faces felony charges. According to information released today (October 4), on Friday (October 1) Hickory Police obtained warrants on 42-year-old Gregory Ray Cribb of Hickory for felony counts of robbery with a dangerous weapon and second-degree kidnapping. The warrants were obtained after an investigation revealed that Cribb allegedly attempted to rob, and also detained an employee of the Skill Fish Arcade.

The alleged crimes occurred prior to officer’s arrival at the nearby Corner Pocket Lounge on U.S. Highway 70 SW. Thursday (September 30) at 10:37 p.m., Hickory Police received a 911 call to respond to Corner Pocket Lounge, in reference to a white male at the business reportedly in possession of a gun. The caller stated that the individual had pulled the gun on an employee. Officers responded and found an individual matching the description in the back parking lot area of the business near the dumpster.

The officers at the scene gave repeated verbal requests for the man, who was identified as Gregory Ray Cribb, to show his hands and come out from behind the dumpster. Officers attempted to talk to the individual for several minutes to get him to comply, during which time he allegedly made several verbal threats towards the officers. The individual then advanced towards the officers and they reacted and discharged their firearms, striking him. Officers on the scene immediately contacted EMS and provided medical trauma care.

As of this afternoon, the warrants had not been served. Cribb remained at Carolinas Medical Center in stable condition.