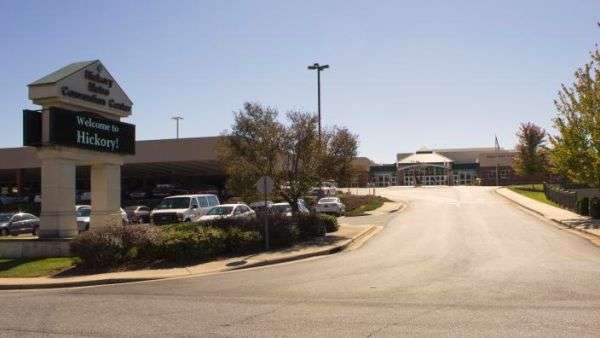 Councils joined for a special meeting on Thursday, September 15, 2022, to approve plans of an expansion and renovation to the Hickory Metro Convention Center.

Hickory-Conover Tourism Development Authority (HCTDA), Hickory City Council, and Conover City Council held a special meeting to approve a joint resolution which supports an expansion and renovation to the Hickory Metro Convention Center. Hickory Construction Company was the low bidder for the project at $14,040,000 and the Councils approved to award them the bid. The project will be paid for by Hickory and Conover room occupancy tax revenues.

An additional 46,194 square feet will be added and that includes a 35,000-square-foot exhibit hall with 30-foot clear ceiling height and wood flooring which is space for an expo, public show or meeting, as well as space for eight volleyball courts and four basketball courts, and ideal space for cheerleading, gymnastics, and wrestling events.

The new space will also include an area that will highlight the furniture manufacturing history in the region. This will be in a 2,500-square-foot space with self-contained restrooms, catering space, outdoor terrace, and video display capability. The remaining space is for hallways and lobbies, and back of the house storage areas.

Alterations of approximately 30,000 square feet of the original building include upgraded finishes, lighting, and sound control in the existing Catawba Rooms (the 2005 addition) and new movable partitions for more efficient operation. Also included will be renovated and expanded restrooms to provide new finishes and “touchless” operation, extended exterior canopy at the existing North Entry, which is the main entrance seen from I-40, a new covered walkway connection from existing parking deck to the main entrance, an additional small meeting room, and enhanced video signage and wayfinding.

Hickory Construction Company will begin working with the Design and Hickory Metro Convention Center Teams on pre-construction activities. The project is expected to be completed in 2024.