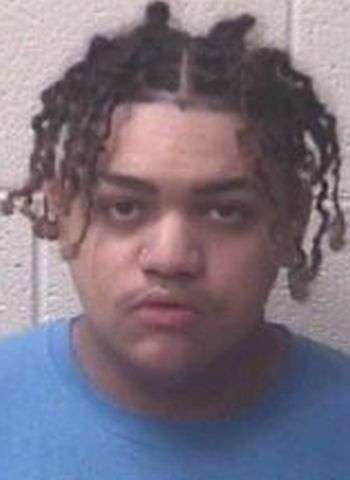 19-year-old Kalill Kisa James Isbell of Caldwell County was arrested after turning himself into the Alexander County Law Enforcement Center. He was identified last week as a person of interest in a Taylorsville shooting. Isbell is charged in Avery County with felony flee to elude arrest with a motor vehicle, reckless driving to endanger and driving left of center.

Isbell was named last Tuesday (August 30) by Taylorsville Police as a person of interest following a shooting the day before near a restaurant in West Taylorsville. Approximately 30 shots were fired according to investigators. A man said to be in his early 20s was struck and at last report, was being treated at a regional medical center.

Taylorsvile Police Chief Douglas Bowman said Sunday (September 4) that no charges have been filed by his department in relation to the shooting incident but he related the investigation is very active. The charges in Avery County follow an incident in February, 2022 when Isbell found hiding near the Roan Mountain, Tennessee Recycling Center following a police pursuit that began in Avery County, North Carolina. He allegedly missed court dates on the Avery County charges.

According to a media report on the February chase, Isbell was driving the same vehicle, a silver Hyundai Sonata, that was photographed near the scene of the shooting last week in Taylorsville. After turning himself in, Isbell was placed in the Alexander County Detention Center on the Avery County charges under $100,000 bond. He has since been transferred to the custody of the Avery County Sheriff’s Office. An October 19 District Court date is scheduled in Avery County.