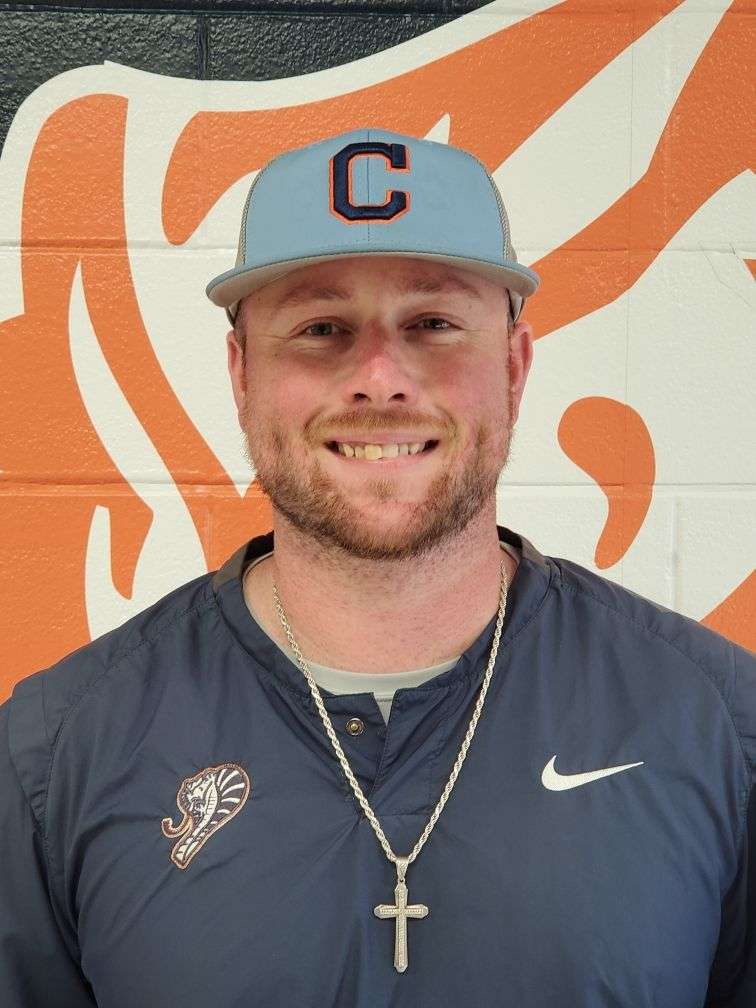 Caldwell Community College and Technical Institute (CCC&TI) has announced that Frank Pait will step down as head baseball coach effective Feb. 1. Current CCC&TI assistant baseball coach Gage Parham will take over as head coach on Feb. 1 and Pait will assume the role as pitching coach for the baseball program. Pait also will remain in his role as a CCC&TI transition advisor at the Caldwell Applied Sciences Academy.

Pait was named the first head coach in program history, starting his tenure at CCC&TI on Feb. 1, 2019. The Cobras began play in the fall preseason of 2019. In his three seasons as baseball coach, Pait led the team to a 83-29 record. In the 2022 season, the Cobras went 49-9, winning the Region 10 Division III Championship, the NJCAA Mid-Atlantic District Championship Series, and finishing third at the NJCAA World Series.

Parham has been an assistant coach with the CCC&TI baseball program since its inception in 2019. A Caldwell County native, he played high school baseball at South Caldwell and was a four-year player at Gardner-Webb University. He has served as an assistant baseball coach at South Caldwell High School as well as Erskine College. He was the head baseball coach for the Lenoir Oilers of the Southern Collegiate Baseball (summer) League in 2018 and 2019.

Parham is a graduate of Gardner-Webb University with a BS in Marketing and resides in Granite Falls.

The Cobras open the 2023 season on Feb. 4 at Walker Stadium in Lenoir with a doubleheader against Wake Tech.

It has been an honor and privilege to coach baseball at CCC&TI. First and foremost, I would like to thank all the players that I had the opportunity to coach and our assistants Gage Parham, Trae Starnes and Tyler Deaton. Thanks to Caitlin Scruggs, our Athletic Trainer, who has been a major asset to all of our athletic programs and student-athletes.

Thank you to my wife Sheila Pait for all of her support.

It is time to turn the program over to Gage Parham. He has been a part of the program since day one and is responsible for much of its success. Tyler Deaton will continue to be a great asset as his assistant. I know I am leaving CCC&TI baseball in great hands, and I look forward to taking on the role as an assistant coach and working with Coach Parham and Coach Deaton. This move will allow me to have more time with family and other responsibilities. Go Cobras!

I am extremely honored and privileged to be named head baseball coach at CCC&TI. Being a Caldwell County native, it’s a great opportunity to give back to this community…a community that has had a huge role in molding me into the person and coach that I am today. I want to thank Coach Pait for giving me the opportunity to be a part of this great program from day one and mentoring me along the way. I am extremely excited about where we are heading as a program and am looking forward to our goal of bringing a National Championship back to Caldwell County and all the great people at CCC&TI. I also want to give a big “thank you” to our Athletic Director Jeff Link and President Dr. Mark Poarch for believing in me and giving me this opportunity.

Frank Pait is an outstanding man of great character and tremendous baseball knowledge. I am proud to call him not only a colleague, but also my friend! CCC&TI baseball has become a national power in its short history thanks to Frank’s hard work, vision, and dedication. Our institution and community owe him a debt of gratitude for his service as head baseball coach. I am very thankful that Frank has agreed to stay on as an assistant coach; his experience and mentoring will be crucial as we transition to a new era of Cobra baseball.

I am so excited for Gage Parham to have the opportunity to lead the CCC&TI baseball program. I have known Gage for over 20 years, watching him compete as an athlete and grow into a coach. He comes from a tremendous athletic background, and he has played for and coached under some legendary coaches. I am confident that he has the tools and knowledge to succeed as a head baseball coach and I look forward to him leading the CCC&TI program. It is a new era of Cobra baseball, but the standard of excellence remains the same!