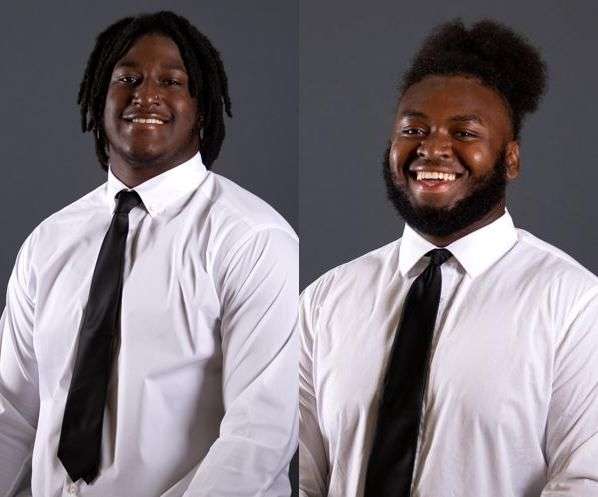 Jefferson broke the single-game sack record with 5.5 sacks against Tusculum on his way to a 13-sack season for the redshirt sophomore. He finished the year with 53 tackles, 15 tackles for loss and was SAC Defensive Player of the Week against Tusculum.

Jefferson adds to his post season accolades as he was also named first team all-conference, all-super region two second team honors from the Division 2 Conference Commissioner’s Association and to the American Football Coaches Association All-American Second Team and was named to the D2Football.com Elite 100 list.

Jennings has started every game at left tackle since arriving on campus in the COVID 2020-21 season and anchored a strong offensive line that went three straight games without allowing a QB sack. Jennings was also named to the first team all conference in the Piedmont Division.