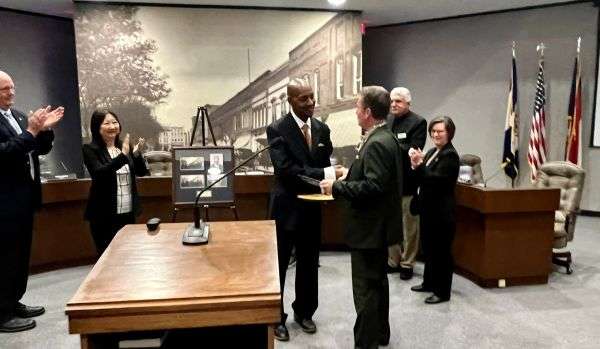 Outgoing councilman David Williams was recognized by council for his service to the city. He previously announced that he would be resigning his seat. Williams had served the city on council since 2017 as Ward 4 Alderman. A discussion of Williams’ replacement took place. Letters of interest will be taken, and the city will release more details in the future.