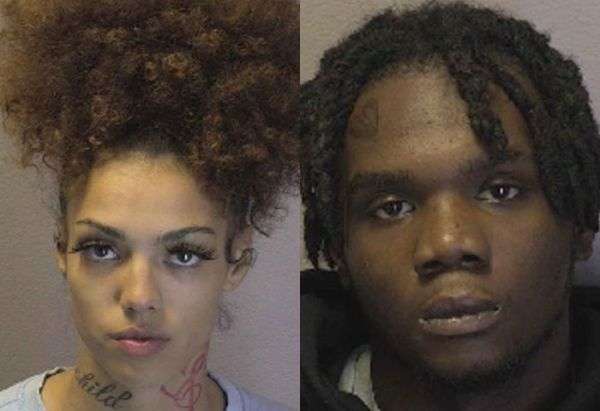 According to Hickory Police, one suspect is in custody and another is being sought in connection to the death of a Lenoir-Rhyne University football player. 19-year-old Omari Drovon Alexander was found in a running vehicle at Civitan Court Apartments early Saturday morning (November 20). Police reports say Alexander was found with multiple gunshot wounds and was pronounced deceased at the scene.

20-year-old Hailee Maureen Melanson of Canterbury Drive in Conover was arrested and charged with felony accessory after the fact in connection to Alexander’s death. She was placed in the Catawba County Detention Facility without bond on the accessory charge. Melanson is also charged with failure to appear on a count of second-degree trespassing and bond was set at $1,500 bond. Melanson was scheduled to appear in District Court today (November 23) on the accessory charge.

A warrant for first-degree murder has been issued by the Hickory Police Department for 21-year-old Quavius Shamond Izard in connection to Alexander’s death. Izard should be considered to be armed & dangerous. Anyone with information in reference to the location of Quavius Izard or information about this case is asked to contact the Hickory Police Department at (828) 328-5551 or Investigator David Moore at (828) 261-2686 or dfmoore@hickorync.gov.